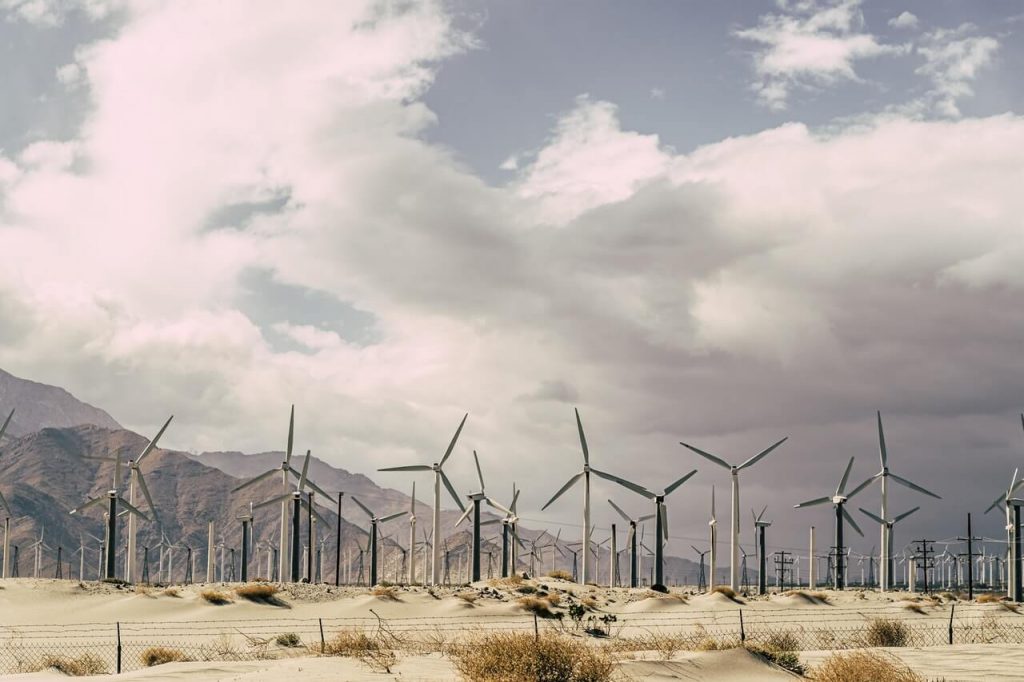 With the new climate targets and the currently successively increasing expansion of renewable energy production resources, the demand for grid-connected energy storage systems is increasing worldwide, and with it the demand for grid quality and energy management services. Electrochemical storage systems are a particularly attractive solution because of their efficiency, flexibility, and high scalability.
Due to their high efficiency, long lifetime and their power-independent scalability, redox flow batteries (RFB), often also called liquid batteries, represent a very good solution. The most commercially used RFB types till now are the vanadium redox flow batteries. However, several research programs on other redox pairs are already in progress worldwide.

The Story of the Redox-Flow-Batterie

The Term Redox stands for ‚Red‘ as in Reduction and ‚ox‘ for Oxidation. In the mid-20th century at the Technical University of Braunschweig first experiments were conducted on the Redox pairs as energy storage option for renewable energy by the chemist Walther Kangro. In 1970 NASA developed an energy storage system based on iron-titanium. Finally, in the 1980s, the first vanadium solution battery system was produced at the University of New South Wales. Another type of redox flow battery was developed at the Friedrich Schiller University of Jena in 2015 (1). Unlike other redox flow batteries, the so-called pRFB is based on organic polymers. So far, however, vanadium RFBs are among the most researched and widespread technologies.

The redox flow storage system consists of two separable reservoirs and an electrochemical cell, the catalyst, which is divided into two half-cells by a polymer electrolyte membrane; one half-cell represents the positive pole and the other one represents the negative pole. The two reservoirs in turn contain the energy-storing fluid, the so-called electrolyte. It typically consists of a metal salt solution and circulates in two separate circuits with the help of pumps. In doing so it flows through the half-cells past the electrodes, which are made of graphite felts/composite materials. Ion exchange takes place between the half-cells with the help of an ion-conducting membrane. At the same time, the electrons flow through a separate conductor to which a load can be connected (1,2,3).
The capacity of the system depends on the externally stored electrolyte. This allows great flexibility in scaling the storage capacity. The power of the system can in turn be determined by the cell area (electrode area). Like fuel cell technology, individual cells can be connected in series to form a so-called ‘stack’. Multiple stacks can in turn be connected either in parallel or in series to achieve the desired voltage (2,4,5).
The different types of batteries include vanadium RFB, zinc-bromine RFB, polysulfide-bromine RFB and organic flow batteries. The work principle of a redox flow battery is shown schematically in Figure 1. 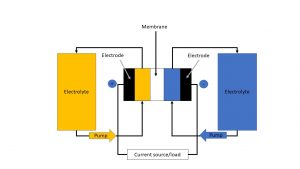 The advantages and disadvantages of redox flow batteries

The fact that both the power and capacity of redox flow batteries are independently scalable sets them ahead of other battery systems. Furthermore, the RFB system has a high level of safety against burns and explosions because a fluid is used as the energy carrier. Due to this feature, this type of batteries can also be used in critical locations without any problems. The maintenance requirements of these battery systems are low, and they can be operated independently of the main grid. In contrast to some other battery types, such as lithium-ion batteries (see below), the redox flow battery is highly insensitive to deep discharge. This means that its service life is not negatively affected by low states of charge, which averages between 15 and 20 years. In addition, no self-discharge appears when the battery is switched off, which means that the energy can be stored for a longer period without any energy loses. From an ecological perspective, it is also beneficial that redox flow batteries can be easily recycled after their use.
The disadvantage of redox flow battery systems is that they have a lower energy and power density compared to lithium-ion batteries. Furthermore, this technology is relatively new and is still partly in the development stage, which is why it has not yet been extensively tested in practice. Another negative aspect of RFB systems is that additional energy is required due to the use of pumps.
The most researched and commercially used RFB type so far is the vanadium redox flow battery. This uses a highly concentrated vanadium salt solution as a catalyst, as the valency of the element vanadium is easier to change. In chemical bonds, vanadium is present in the oxidation levels (2+, 3+, 4+, 5+). However, a crossover problem arises in these systems, in which the two energy-storing fluids mix; a process that is irreversible. Crossover occurs in the moment when the membrane cannot maintain the separation of the two fluids. Therefore, the quality of the membrane plays a very important role in vanadium RFB (1, 3, 4).
The use of vanadium salts has several disadvantages. On the one hand, vanadium is considered as a critical raw material and is therefore very expensive. On the other hand, vanadium is toxic in some constellations. Furthermore, the price variations on the global market for the heavy metal vanadium are very high, making it difficult to estimate the cost of the batteries. A very good substitute for vanadium redox flow batteries is therefore an organic flow battery, which uses heavy metal-free salt solutions as electrolyte.

A comparison between redox flow and lithium-ion batteries

Due to the high price of redox flow batteries, which is caused by the high manufacturing costs of the stacks and (in the case of vanadium RFB) the high world market prices for vanadium, redox flow batteries are not yet ready for the mass market. However, a research team from the Fraunhofer Institute for Environmental, Safety and Energy Technology (UMSICHT) has now developed a new sustainable stack design that could revolutionise the market. They have re-created the production method of the electrically conductive plastic that is in the middle of the stack. This new plastic is pliable and welds well. The weight of the stack has been reduced by 80% with this new design. At the same time, they have halved in size. Both the material costs and the manufacturing costs have thus dropped significantly. Normally, the stacks are held together with many screws and large metal plates. In between, several gaskets are used to seal the cells. The research team replaced this component with an injection molding that cannot be plastically deformed even under high temperatures and pressure. A new manufacturing process called powder-to-roll was also developed. This powder-to-roll process should make the production of the bipolar plates faster and more cost-efficient (8).
A few companies, such as JenaBatteries, based in Jena, are engaged in the development and production of metal-free redox flow batteries, also called organic flow batteries. In these batteries an Organic metal-free salt solution is used as the electrolyte liquid instead of the metal salt solution (7). A great advantage of this salt solution is that harmful substances such as aggressive acids and heavy metals can be reduced. This advantage is beneficial in two ways: on the one hand, it protects the environment and, on the other, it makes batteries more affordable by eliminating highly expensive heavy metals.

There are already some concrete application examples for redox flow batteries worldwide. In Japan, for example, a pilot project for vanadium redox flow batteries is currently in the test phase. This project is located in Abira on the northern island of Hokkaidō. The installed VRF battery has a capacity of 60 MWh and it is planned to cover the daily electricity supply of about 6.000 households with it. The battery will work in combination with solar and wind power plants, and it is being built by Sumitomo Electric Industries. The storage system will be used to maximize the amount of energy absorbed by the transmission grid by balancing the fluctuating energy feed-in from the renewable energy sources (9).
Another project using redox flow technology is being planned by the northern German energy company EWE together with a research team from Jena. The idea is to build a gigantic redox flow battery in Jemgum, East Friesland, which will be called brine4power. At best, the planned battery should have a capacity of 700 MWh. To get an idea of the scale: This amount of energy could, for example, supply all 1.8 million households in Berlin with energy for one hour.
The key point of the construction of this battery are huge caverns in salt domes under the earth, which are in Jemgum. Artificial cavities are created by washing the salt out of the caverns with water, creating huge storage spaces up to a hundred meters deep underground. Engineers are aiming to use these cavities as large containers for the energy-storing fluids (electrolytes) of the battery. These caverns are currently used by EWE for the storage of gas and oil. A combination of energy storage system and wind energy production is planned for the brine4power project, so that the whole thing can be run entirely on renewable energy. However, the realisation of the project still depends on several factors. Problems such as used battery fluid, environmental impact as well as the limited experience with such battery sizes could still put obstacles in the way of the project. The planned start-up date for the project was 2023, but has now been postponed to 2025 (10, 11). 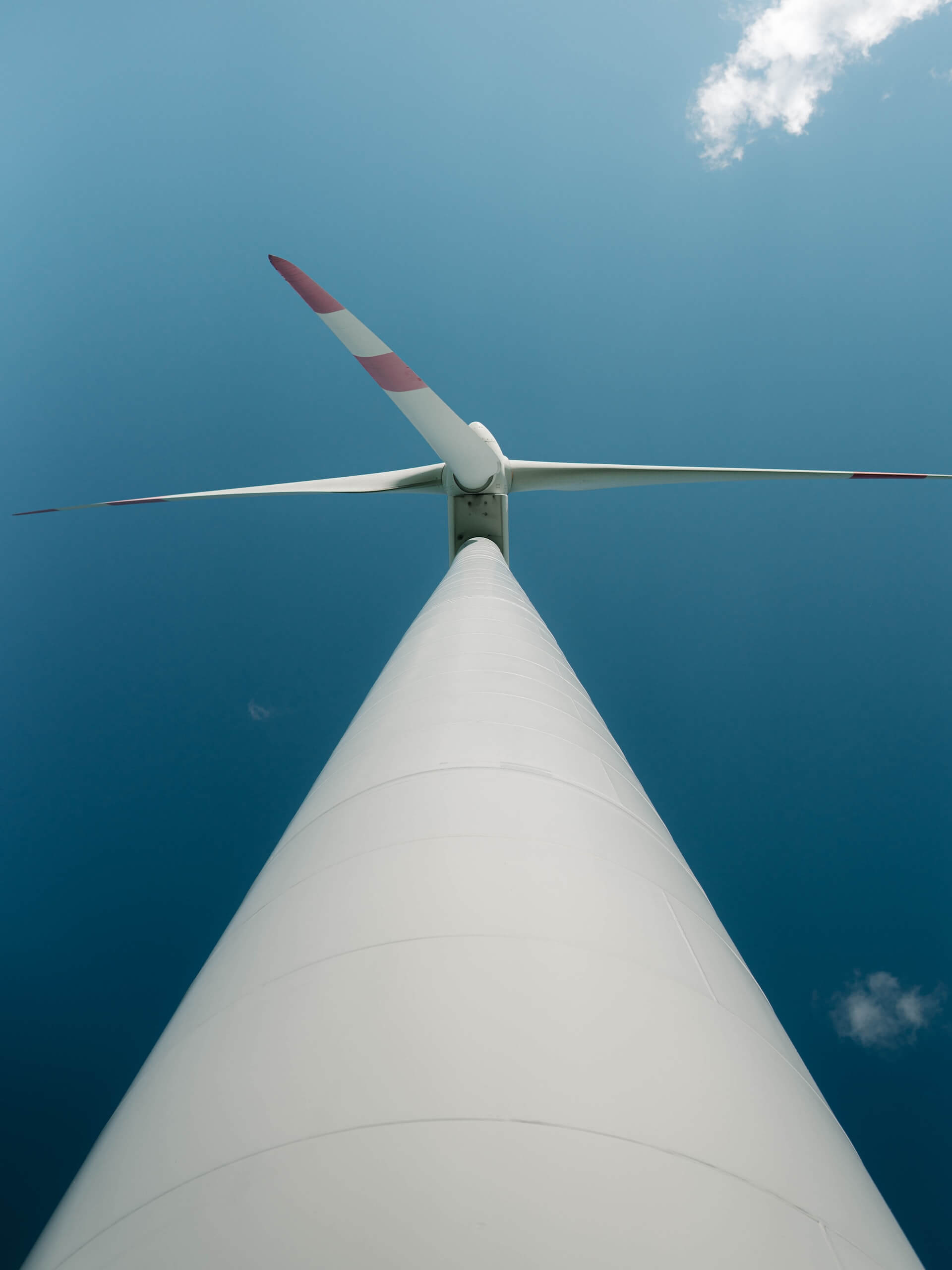 Redox flow batteries have the necessary prerequisites to be used as a suitable innovation for large-scale energy storage systems compatible with renewable energy. Due to their highly scalable and independent energy storage capacity and power, they are very suitable for advancing the energy transition. Even though redox flow batteries are not yet ready for the market and still very expensive at this point of their development. Current research in this field and pilot projects already in progress give hope that the batteries will be priced in line with other battery systems soon.
For sustainability reasons, the so-called organic flow batteries present a better solution than the redox flow batteries, that use a metal solution as electrolyte. Nevertheless, the technical development of these batteries is not yet complete. It is therefore conceivable that options may still exist to make them even more resource and environmentally friendly.

Would you like to stay up to date with our monthly newsletter? Please follow us on LinkedIn

For further questions and information, please do not hesitate to contact us at info@4initia.de

We consult in the field of renewable energies and offer individual concepts for optimization and quality assurance.

This website uses cookies to improve your experience while you navigate through the website. Out of these, the cookies that are categorized as necessary are stored on your browser as they are essential for the working of basic functionalities of the website. We also use third-party cookies that help us analyze and understand how you use this website. These cookies will be stored in your browser only with your consent. You also have the option to opt-out of these cookies. But opting out of some of these cookies may affect your browsing experience.
Necessary Always Enabled

Performance cookies are used to understand and analyze the key performance indexes of the website which helps in delivering a better user experience for the visitors.

Analytical cookies are used to understand how visitors interact with the website. These cookies help provide information on metrics the number of visitors, bounce rate, traffic source, etc.

Advertisement cookies are used to provide visitors with relevant ads and marketing campaigns. These cookies track visitors across websites and collect information to provide customized ads.

Other uncategorized cookies are those that are being analyzed and have not been classified into a category as yet.